Over the next few months, we will be telling the story of Fine Worcester Twist through this newsletter. Today we start at the very beginning.

In 1990, Mr David Adam (former MD) and Mr Jim Bennett (former SD) had an idea. This idea was to produce a twist carpet like no other. Price was not going to drive the range, colour and innovation were.

David Adam sourced a 1/10th gauge machine that was able to produce a carpet with a fine, pinpoint finish unlike any other twist. This combined with a ‘superfine’ yarn enabled a surface that was denser and smoother than a standard twist carpet.

The machine also had the ability to produce 5m wide, which was extremely rare in the UK at that time. Thus, Fine Worcester Twist became the first carpet available to the wider marketplace with a 5m width as standard.

After many months of trying different yarn blends, the ‘superfine’ yarn was eventually settled upon and duly ordered from Walter Walker & Sons, Dewsbury. The original order acknowledgement is pictured below. You will note that the original yarn was dyed by Walkers. Today all the dyeing of Fine Worcester is done in our own dye house. 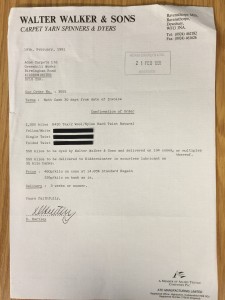 The name ‘Fine Worcester Twist’ was chosen by Jim Bennett. Hilary Terry (former Designer at Adam) selected the colours along with David and Jim and an initial range of 20 colours appeared in May 1991.

“Jim wanted something to fit in with our county and it sounded quite classy. The colours were then all named after Worcestershire towns, villages and hamlets with the colour name starting with the same initial (i.e Belbroughton Blue). This was very important, but also increasingly difficult!”

The colours were chosen and the design of the labels finalised and the range was ready to be launched! 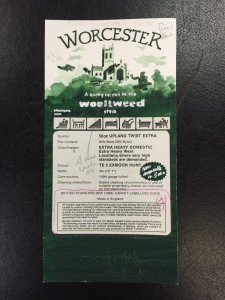 FW25 – Anniversary of our Iconic Range Set to Begin
Posted on March 9, 2016 by chris

Adam Carpets iconic flagship range, Fine Worcester Twist, celebrates its 25th anniversary this year. Throughout 2016 we will be sharing the thoughts and memories of some of the influential people who have shaped this hugely successful and well respected range.

We will also highlight significant moments and colour launches and plot its history from 1991 right up to the present day.

The BGNFS at Solihull in May and the Flooring Show at Harrogate in September will also showcase this wonderful carpet, it’s rich history of colour and why it stands alone as, what we believe, to be the best tufted carpet on the market today. 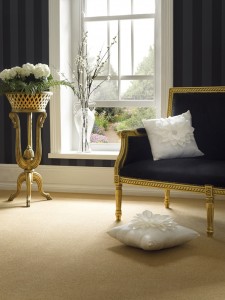 FW03 Grafton Gold, one of the original 20 colours and still going strong

Adam Carpets will be exhibiting at London’s new floor show this month. The show is being organised by the Campaign for Wool is called ‘Wool Floor Show London’ and its objective is to promote the very best carpets around and of course they are made of wool!

The show is sold out in terms of exhibitors so you can rest assured of a full day visiting and talking to most of the major wool manufacturers in the UK.

The venue is Stamford Bridge in West London, so please come along and support this event and see for yourself the benefits of a wool carpet. 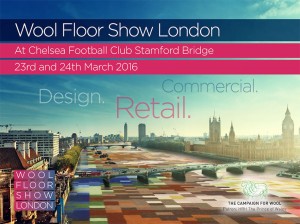 It was great to see our feature on ‘Hugo and Ella’ and the Pantone Colours of the Year reach a wider audience.

The February edition of the respected trade publication ‘The Stocklists’ ran the above article in their News section. 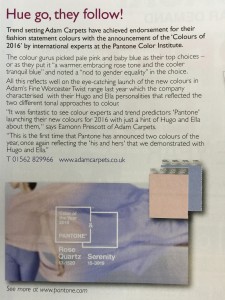 Aside from the trade press, Adam Carpets were also featured in some national magazines this month. Both ‘The English Home’ and ‘Irelands Homes Interiors and Living’ ran with features on carpets which was great to see.

In ‘The English Home’, our classical overtuft range ‘Catherine’ was on show, whilst ‘Irelands Homes Interiors and Living’ went with a more modern slant with ‘Hugo’ from our Fine Worcester Twist range. 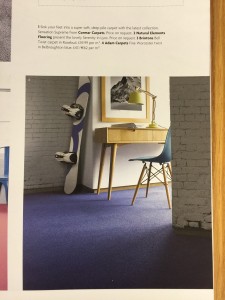 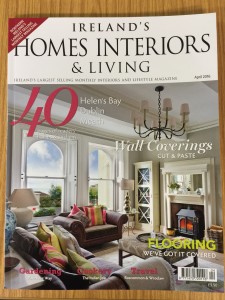 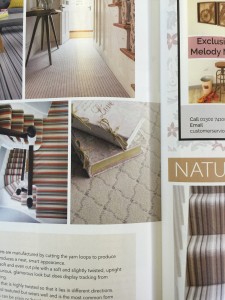 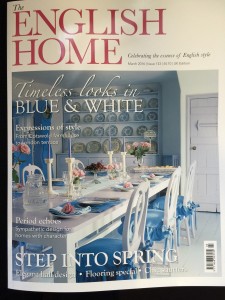 Good news to those customers who have been asking about our new, improved, wall units. The prototypes have arrived in Kidderminster and we are ready to start taking orders for the new units.

The new units will feature an option of a ‘single’ for the first time. This will mean we will be able to offer some of our smaller ranges such as Rustic Berber and Pure Brit! on more manageable units. The corner unit has also been modified to make it coordinate better with the new shelving part of the stand.

Retained features include the changeable POS boards, the hanging sample rail and Perspex header. All the units will be made with Swiss Pear finish and be the same dimensions as our original stands. 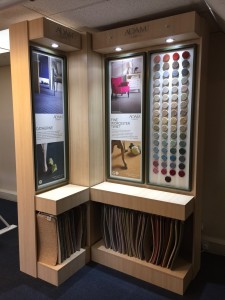 Beautiful Installation by J C Williams of Helston
Posted on March 9, 2016 by chris

Our thanks to J C Williams of Helston for these wonderful installation images of our Revelation range (tonal option). The carpet looks stunning and has been fitted to the highest standard. 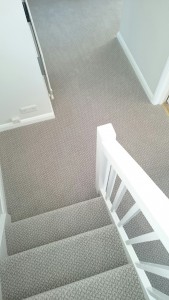 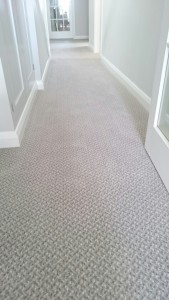