Fine Worcester Twist – From Idea to Carpet to Success – an Interview with Jim Bennett and David Adam (Part 1)
Posted on April 25, 2016 by chris

Jim Bennett was one of the most well known names in the carpet industry during the 60’s, 70’s, 80’s and 90’s. He is probably best known for his roles as Sales Director of Quayle Carpets and then Adam Carpets. Jim retired after a successful 18 years at Adam Carpets in 2001. A period which saw the launch of Fine Worcester, Castlemead Twist and Kasbah Twist

Jim still keeps in touch with us here at Adam Carpets and we were delighted when he took the time to come in and talk about the idea behind Fine Worcester Twist and how it started and then evolved during the 90’s.

David Adam was the third generation of his family to own and run Adam Carpets. He oversaw the change from woven to tufted production and introduced such innovative and popular ranges such as Natural Perceptions, Inspirations and Kasbah Twist.

Q. How did the idea for Fine Worcester Twist come about?

JB: “When I first came to Adam Carpets we were in the process of switching from woven axminsters to tufted carpet. David Adam could see that tufted carpets were becoming more and more popular and he had invested in new tufted machinery.

David and I wanted to make a real ‘heavyweight’ twist and in those days forty ounces a square yard was considered heavy domestic. We therefore came up with the idea of a forty-six ounce carpet which we felt could more than rival ‘Super Charter’ from Wilton Royal and ‘Saxon’ from Quayles. We made it eighth (1/8th) gauge as opposed to five thirty seconds (5/32nd) which the others were using.

The carpet was incredibly popular. It was actually named it after my house, it was called ‘Uplands’ Twist. It was of course the fore runner to “Fine” Uplands Twist, which came later. David and I then decided that we wanted to make what we thought, in our opinion, would be the best wool twist carpet available. The idea for Fine Worcester Twist was born.”

DA: “Jim and I were in agreement that the new range had to be, in our view, better than any other twist on the market. The first thing was to decide on the construction of the carpet. Most twist ranges then, and now, use one staggered needle bar. This has just one feed going into it. This can mean that less yarn is going into the back needles in the bar than the front. The pile is therefore a little lower at the back than at the front of the bar. Whilst the difference is then sheared off to make it level, we didn’t like that. We didn’t want the machine telling us what we could do, we wanted to tell the machine what to do.

From that came the decision to use two straight needle bars, one in front of the other. This way we could have two feeds going in, one in each bar, where we could control the height of the yarn at the tufting stage. This is what gives Fine Worcester its famous smooth finish. To do this properly though you have to have the right quality yarn. So we had the machine, now we had to get the right yarn.”

JB: “The machine to make Fine Worcester is far more expensive than a normal staggered needle bar machine. Once we had decided to invest, it made sense to ensure that the quality of the carpet would match the quality of the machine. We then undertook to source the finest quality yarn we could.

The machine would be tenth gauge (1/10th) and we had to make sure the yarn would be ‘fine’ enough to get the finish we wanted. It had to be able to retain the twist, which others were finding difficult. The yarn was going to be one of the keys to its success.

David and I visited five different spinners in Yorkshire. In the end we opted for Walter Walker. We were very insistent that the yarn ‘had to be right’. The carpet we would be making was going to be fifty ounces a square yard with a low pile height. The weight would come from the number of tufts per square inch we could put in. We wanted that to be more than anyone else could do on a twist carpet.

At the very start we bought the yarn in dyed. Eventually we would control all the dyeing ourselves.”

With the construction of the carpet set and the yarn agreed, the task of choosing the colours began in earnest.

Next month in Part 2, Jim talks about how the colours were chosen, how the colour names were decided upon and the impact Fine Worcester had on its release. 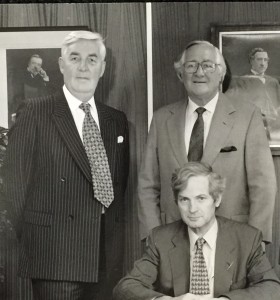 Forrest Furnishings of Glasgow Use Mood Boards to Great Effect
Posted on April 25, 2016 by chris

Forrest Furnishings of Glasgow came up with an inventive way of displaying our Mood Boards by utilising some alcove spaces they had in their showrooms. They cleverly combined the boards with some accessories, fabrics and carpet samples to create a wonderful effect.

In total they used all six current boards which created colour schemes throughout the store. Our thanks to all the team at Forrest Furnishings for their support. 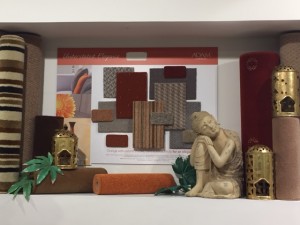 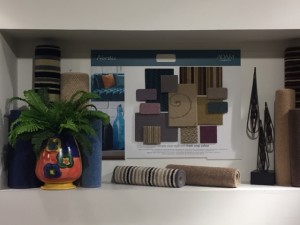 Castlemead Twist Shows its Strength
Posted on April 25, 2016 by chris

Our Castlemead Twist was recently installed at the Institute for Contemporary Art in their prestigious headquarters on The Mall in London.

Although more renowned as a domestic product, Castlemead Twist actually achieves a medium contract rating and has been fitted into many commercial projects.

Using a high quality 2-ply yarn, this 42oz range was installed in colour CD106 Squirrel Grey. Both the contractor and the ICA were delighted with the end result. 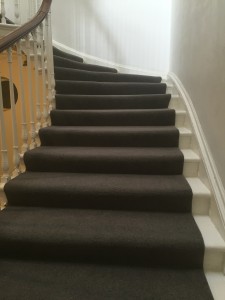 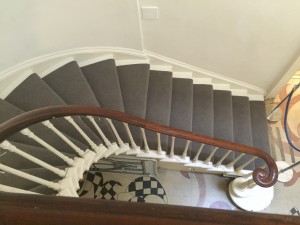 Fine Worcester Twist – The Original and Magnificent 20!
Posted on April 25, 2016 by chris

Social media is a wonderful thing and this month we have started the mammoth task of posting every single colour (there’s 126) that have been in Fine Worcester across our social media platforms of Twitter and Facebook. Thank you for everyone who has liked, retweeted or commented on those, your feedback is appreciated.

Over the next few newsletters we will also be bringing the colourbank up to date by starting with these original 20 and then showing images of every update until we get up to the present day. Next month will show how the range jumped from 20 to 26 colours almost straight away as the success of the range was instant.

You will probably see some familiar colours above. In fact of the original 20 colours over half of them, 11 in total, are still in the range today. This shows that by extensively researching our colours we can get truly timeless classics that will never go out of fashion.

Some of the colours that were eventually dropped from the original selection have also come back in very similar shades. As you can see Blue was very popular when the range was launched, but until last year when the ‘Hugo’ collection was introduced, Fine Worcester had been five years without a true ‘Blue’ in the collection as the popularity had faded. Regular readers of this newsletter will know that that particular situation has now changed! 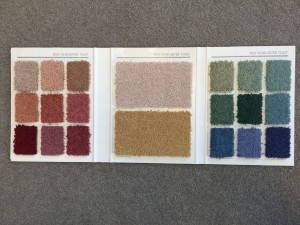 The logo is made from ten colours of the current colourbank using some original colours such as FW16 Cropthorne Cypress, as well as some of the most recent like FW126 Henwick Heart.

“We wanted a logo that illustrated both the timeless colours that have been in Fine Worcester since the beginning and also the more modern on-trend shades that keeps Fine Worcester ahead of the competition” explained Sales Director, Eamonn Prescott.

“The circular shape reflects rolls of carpets, whilst the stylish font used in the ‘FW25′ relates to Adam Carpets stylish approach as a company.”

The logo will play a big part in the celebrations planned to start at the Buying Group National Floor Show in May and running up to The Flooring Show in Harrogate in September.