Category Archives: In the Press

Installation of the Month
Posted on March 29, 2018 by chris

Wyre Forest – Installation of the Month

Our thanks to Graham and the team at Carpet Studio in Glasgow for these wonderful images of our Wyre Forest YR19 Sky. 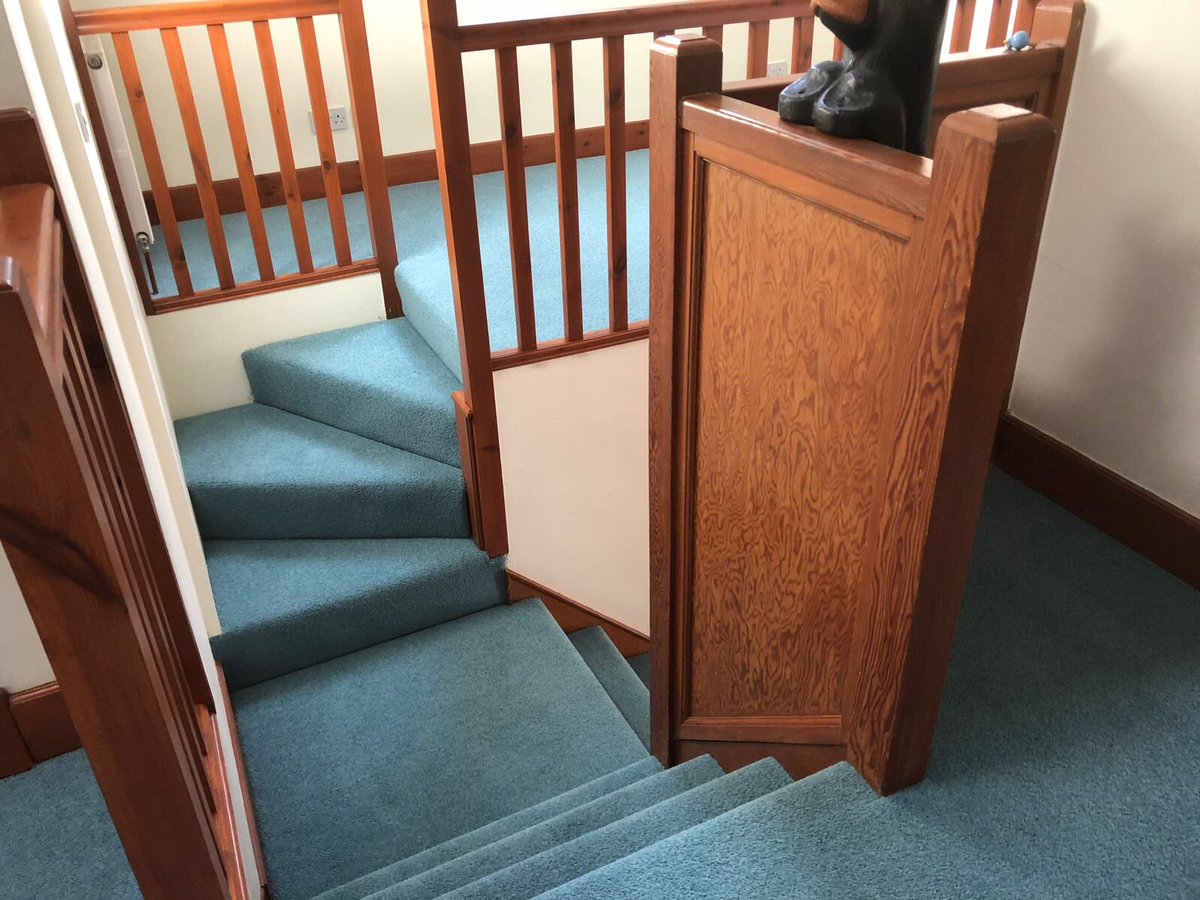 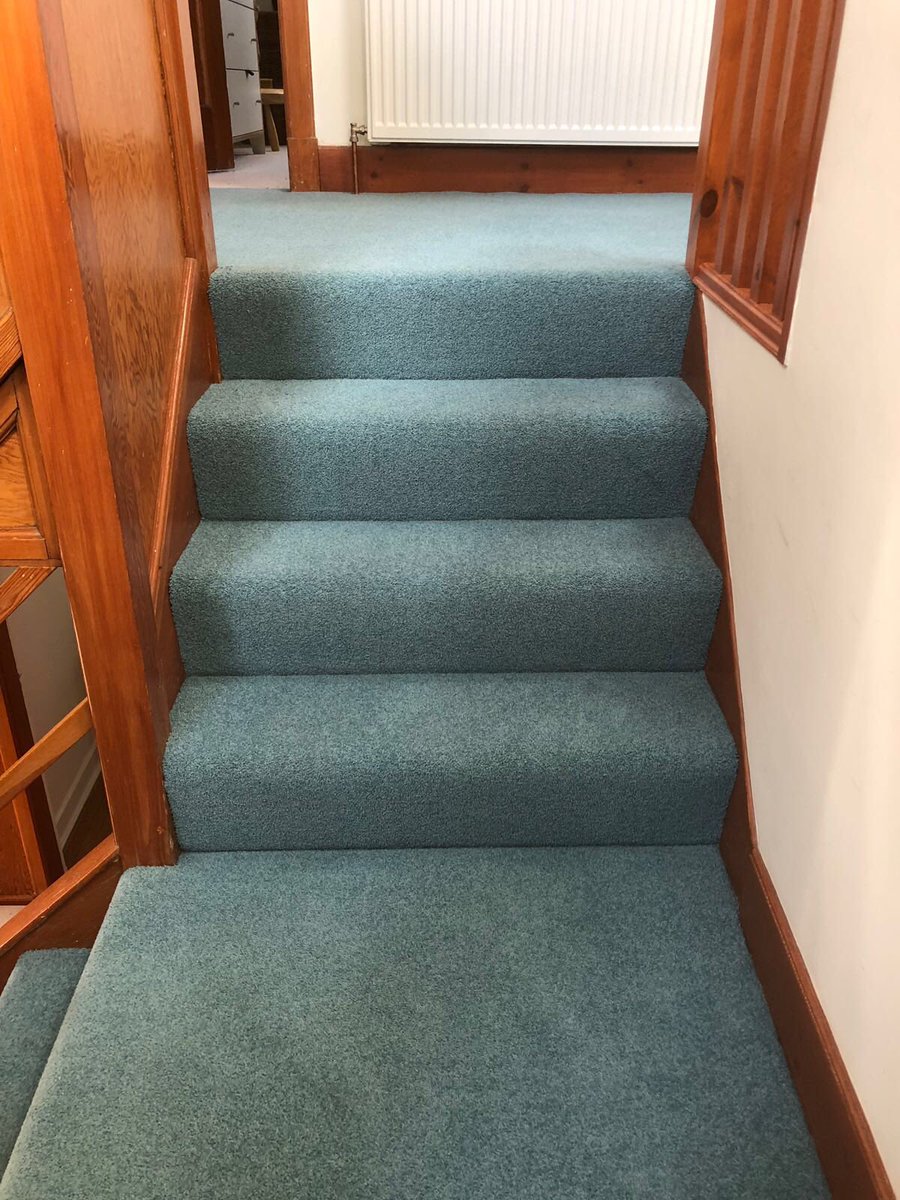 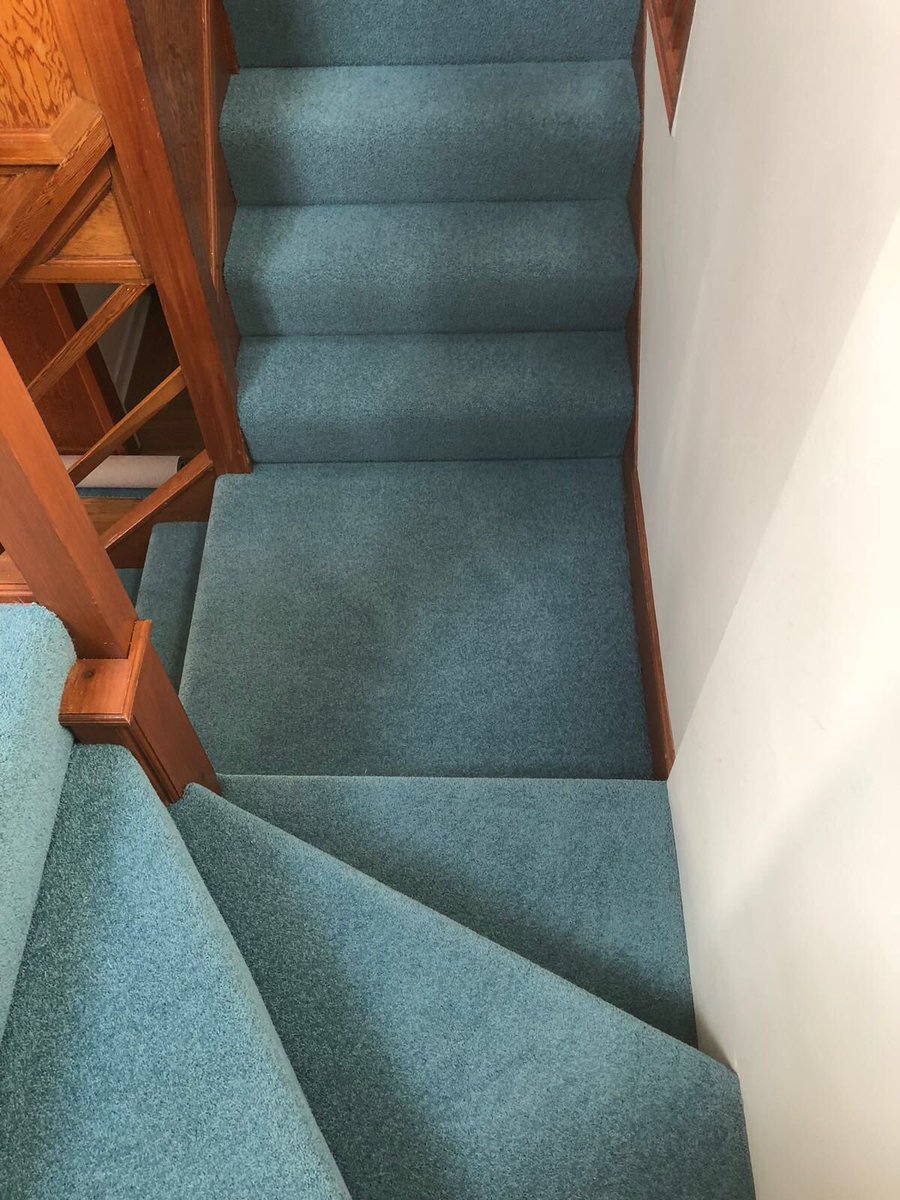 Window of the Month

Our thanks to Lynne at Alfred Smith in Penzance for this fabulous window combining some vibrant colour, our carpets and some Little Greene tie ins. Beautiful! 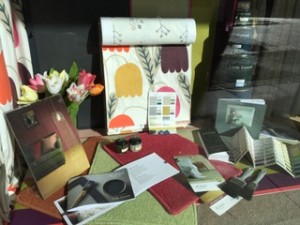 ON LOCATION – IMAGES FROM OUR LATEST PHOTO SHOOT
Posted on February 28, 2018 by chris

On Location – Sneak Preview of our New Inspirations Colours

We have just completed our latest photo shoot for our brand new colours for our Inspirations range. These stunning new colours will be with you over the next six weeks as our reps call on you during their call cycle.

The new colours have been extensively researched and we are very excited about them from the initial reaction of those retailers who have seen them.

The full hi-res images will be available in the next newsletter and will soon be shown on our social media platforms of Twitter, Facebook and Pinterest. 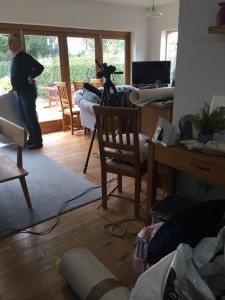 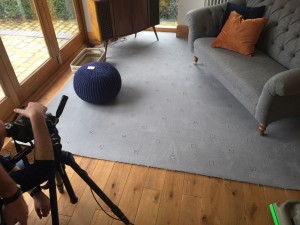 After a period of fifteen months from when the project was first talked about, Adam Carpets and The Little Greene Paint Company have officially launched their new paint and carpet guide.

The project paused whilst first Adam Carpets (with new Castlemead Twist colours) and the Little Greene (with new New England colours) changed their portfolios. The wait was worth it though and the first guides went into stores in Scotland last week.

“It has been a long wait” said Eamonn Prescott of Adam Carpets. “We showed the prototype at Harrogate in September and it has still taken four more months to get it right. However, that is because both companies are committed to getting the colours right. It is why we approached Little Greene in the first place and why they said yes.” 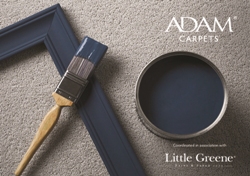 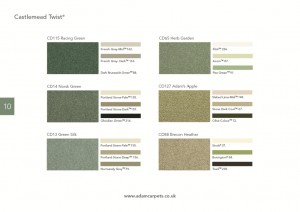 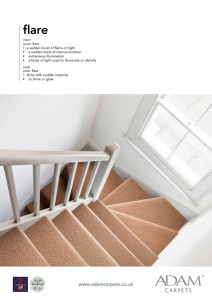 Here’s a little sneak preview of our new Flare advert due out in The Stocklists in January 2018.

We are always looking to be innovative, so it’s a new style of advert for us. We have gone for a very clean, almost Nordic look.

We would love to know your thoughts via email or your Rep.

Our Castlemead Twist plains was the first Adam range to carry the Platinum Label, we can now reveal that from 1st January 2018, the following ranges will also be made from Platinum Label British Wool:

Window of the Month
Posted on October 9, 2017 by chris

This months special window is from Waltons Furnishings of Ilkley in West Yorkshire. They have combined some of our new Castlemead Twist ranges with some wallpapers and paints from Little Greene to really great effect.

Waltons also installed some of our new look wall units into their showroom which looked fantastic. 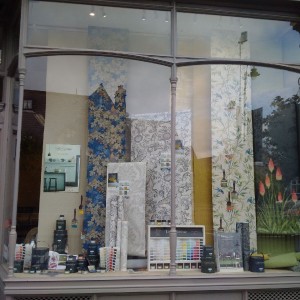 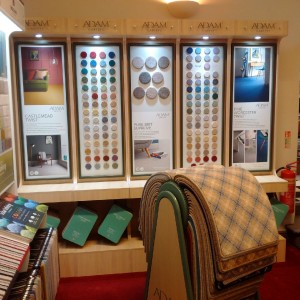 As news of our collaboration with Little Greene starts to spread, we have been receiving a lot more interest and requests for articles from the mainstream media. This can only be a good thing as it puts our brand out into public view and hopefully will see consumers asking for us in your stores.

First up was one of the nations biggest selling interiors magazines, Homes and Gardens, which did a feature on wool for the Harrogate show. They chose to focus on colour forecasts and our relationship with Little Greene.

Homes and Antiques did a piece promoting British Wool, which featured another of our room shots of Castlemead Twist.

Most recently was the Daily Mail who published a page on Wool on Friday 6th October which included this text on Adam Carpets.

With the new brochure due soon, Adam Carpets will continue to be a visible carpet brand to the public. 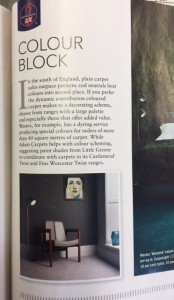 The Flooring Show at Harrogate this year turned out to be one of the best in recent memory. To think that just five years ago the show was close to finishing, the turnaround by the organisers, manufacturers and retailers has been astounding.

This year our stand was constantly busy from first thing to late afternoon, even on the last day. We received numerous new enquiries along with visits to the stand by some of our long standing retailers. It was great to see all of you.

We were delighted with the feedback we received to our new ranges, Flare and Pure Brit Supreme. Our Little Greene boards also caused a stir and we could have placed them in at least 25 different stores. Our focus now with these is to see how we can make those boards more value for money and streamlined without losing the impact.

The stand featured two colours of Flare on the floor along with the remaining 8 in a bespoke library unit. A lot of customers liked the display and the range. The colours on the floor ‘Jellybean’ (Coral) and ‘Totally Teal’ (well….Teal) also received great feedback and the carpets did look amazing in such a large area.

The stand, as usual, also showed new, innovated ways of displaying carpets. Our simple ‘clipboard’ display was very popular, with many retailers taking photos and seeing how easy it was to put together. The whole display cost around £20, which is nothing considering the effect that was given.

To highlight the collaboration between Little Greene and Adam Carpets we produced two large boards which featured Castlemead Twist and Fine Worcester. Each carpet chip had three paint chips next to them which represented the coordinating colours.

These board may well have been the highlight of the stand. Many retailers found them fascinating and also many members of the trade from other companies.

We received so many great comments, a favourite of mine was from a person associated with the trade who said “I always look forward to what Adam Carpets have on their stand. One year it is mood boards point of sale, another year you had customers pin feedback to a giant fabric board, then a giant union jack on the floor, always something different.”

As a company we stand for innovation, as much as quality and colour. Think of Fine Worcester, Kasbah Twist, Natural Perceptions, our overtuft ranges. We are always looking to push boundaries in carpets. Some are successful and some are not, but that won’t stop us trying! 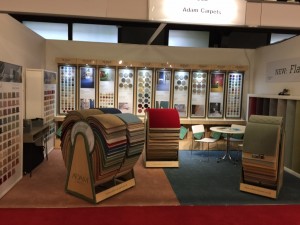 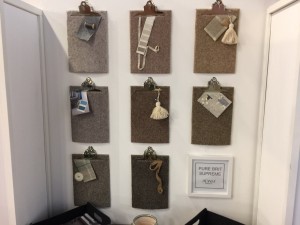 The Flooring Show at Harrogate 2017 Preview
Posted on September 1, 2017 by chris

Adam Carpets will be launching two new ranges at this years Flooring Show in Harrogate. First up is Pure Brit Supreme. Following on from the successful launch of Pure Brit last year, we have decided to extend the offer with a new 55oz Wool Saxony/Twist in the same colours as the original Pure Brit.

Although still a twist, the yarn has been produced with less twist than the 40oz Pure Brit. This gives the carpet a fuller, denser, softer pile. The carpet though retains the characteristics of a twist pile carpet, that of appearance retention and durability.

The range also retains the green credentials of using undyed wool and a commitment to using British Farmers, British Spinners and of course us as a British Manufacturer.

The initial samples will start to be installed in retailers from the start of September.

We are also launching Flare at the show. This exciting new range is a ‘zig-zag’ design running down the carpet in ten stunning new colours. The range will be made using high quality 80/20 wool nylon, 2-ply yarn and will be available 4m wide.

The Flooring Show will also see more information on the collaboration between Adam Carpets and The Little Greene Paint Company. The stand will feature a display with the full 125 colours of Fine Worcester Twist and Castlemead Twist and the 375 paint colours that Little Greene have coordinated with them!

This colourful display is sure to be create an impression at the show, which may or may not be dominated by greys and beiges?! 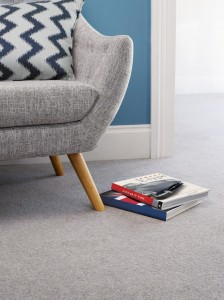